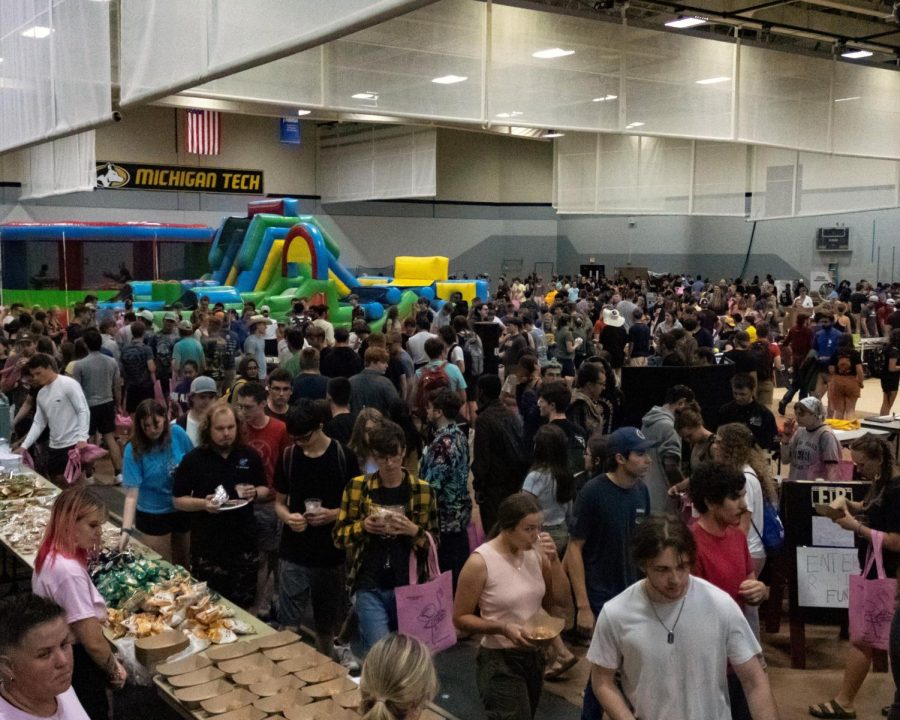 K-Day in the SDC. Photo by Joe Schallmo

The semester kicked off for student organizations this year with the annual Keweenaw Day (K-Day), held in the multipurpose room of the SDC from 11 a.m  to 5 p.m. on Friday, Sept. 9. The theme this year was “Beach Day”.

The K-Day event was initially intended to be held at the Chassell Centennial Park, as it has been held in previous years. It was announced on Sept. 8 that the event would be moved to the rain location due to excessive precipitation. In particular, this move affected clubs which require outside spaces, like paintball and automotive, but clubs were not the only organizations affected by the move.

The Lode spoke to the Assistant Director of Student Leadership and Involvement, Danielle Meirow, about this year’s event. “It’s a good year!” she said, reflecting on the buzz of activity around her. “I was really impressed with the amount of student organizations that signed up.”

One member of the fraternity Sigma Rho (ΣΡ; which is based in Chassell) expressed his disappointment with the change in location. “Yeah, we didn’t get a table,” he said. “The house is in Chassell, and we were just going to use the house, you know?” He spoke with the paper on condition of anonymity.

Despite the adversity, many organizations still appeared for the event. The Paintball Club set up an indoor space with special paintballs, having had to forgo the usual arrangement.