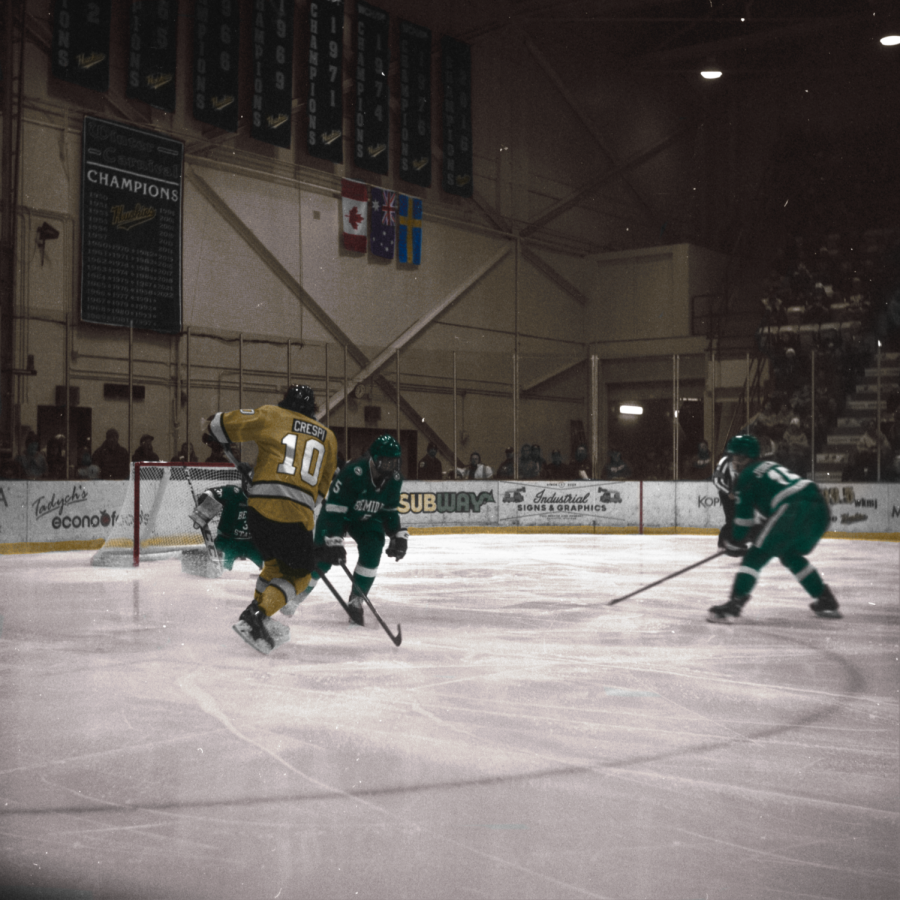 On March 4, Michigan Tech men’s hockey held off Ferris State with a 3-2 overtime victory in game one of the CCHA Quarterfinals for the Mason Cup. The Huskies initially dominated the game (both in shots and in possession of the puck), but they found themselves in a deadlock with the Bulldogs until Logan Pietila scored the game-winning goal in overtime. The next day, Michigan Tech earned another 3-2 win over Ferris State Logan Pietila and Jake Crespi tallied regulation goals while it was Parker Saretsky who got the game-winning goal in double overtime. The following Saturday, Michigan Tech was beaten by Bemidji State 5-2 in the CCHA Semifinals. The Huskies now stand at 21-12-3 and will await the decision of the selection committee to see if they earn a bid to compete in the 2022 NCAA Ice Hockey Championships.

Anabel Needham and Nea Katajala became NCAA All-Americans after placing in the Top 10 in the women’s nordic skiing championships on March 10. Needham earned first-team honors with a fourth-place finish (an all-time school best!) in the 5K, while Katajala earned second-team honors with a seventh-place finish. The same day, Skylar Patten earned 21st place for Michigan Tech in the men’s 10K classic. On Saturday, the women’s nordic team earned a program-best fourth place in the NCAA Championships as all three Huskies in the women’s 15K skate scored. The men’s team placed ninth overall as Patten earned All-American honors with his 10th place finish in the 20K. Overall the teams combined for a school-best sixth-place finish!

Michigan Tech women’s basketball suffered a 71-57 season-ending loss to No. 2 ranked Grand Valley State in the GLIAC Semifinals on March 5. The Lakers opened up with an 11-0 lead and never trailed in the game. Ellie Mackay put up 20 points while Sarah Dax secured 9 rebounds to go along with her 11 points. The Huskies finished the year 18-11 overall with a solid 12-7 record in conference play while Mackay earned second-team All-Midwest Region honors for her season-long performance.

On March 5, The Huskies men’s basketball team got upset 78-71 by Northern Michigan in the GLIAC Semifinals. The Wildcats shot a sharp 49.2% from the field and 92.3% from the free-throw line. Owen White scored 30 points for Michigan Tech while Trent Bell earned a double-double. The Huskies closed out the season with a 21-7 record overall and 16-4 in conference play. After an impressive season, Owen White secured a place in the All-Midwest Region first-team.

Michigan Tech men’s tennis lost 5-0 in a March 7 contest against No. 25 ranked Concordia Irvine. Andrew Freel and Nikolai Prosjankyov lost a nail-biter in No. 1 doubles, 6-4. The following day, Michigan Tech lost 7-0 when they took on No. 19 ranked Biola. Eli Pinnoo won his first set in No. 4 singles, 7-5, but lost the following set and tie-breaker. The Huskies were unable to bounce back as their matches against No. 12 ranked Azusa Pacific and Point Loma were canceled.

On March 7, Michigan Tech women’s tennis was defeated 4-1 by Concordia Irvine. Chiara Heinz and Neva Menas won No. 2 doubles for the Huskies, 6-4 while Ivone Gorgioski and Marina Fernandez won No. 3 doubles 6-2. The next day, the Huskies fell to No. 25 Biola 4-0. The Huskies didn’t win any matches but Fernandez and Heinz were both within striking distance of a victory when their matches were canceled. Michigan Tech was unable to face No. 11 Azusa Pacific and Point Loma to complete their California trip.