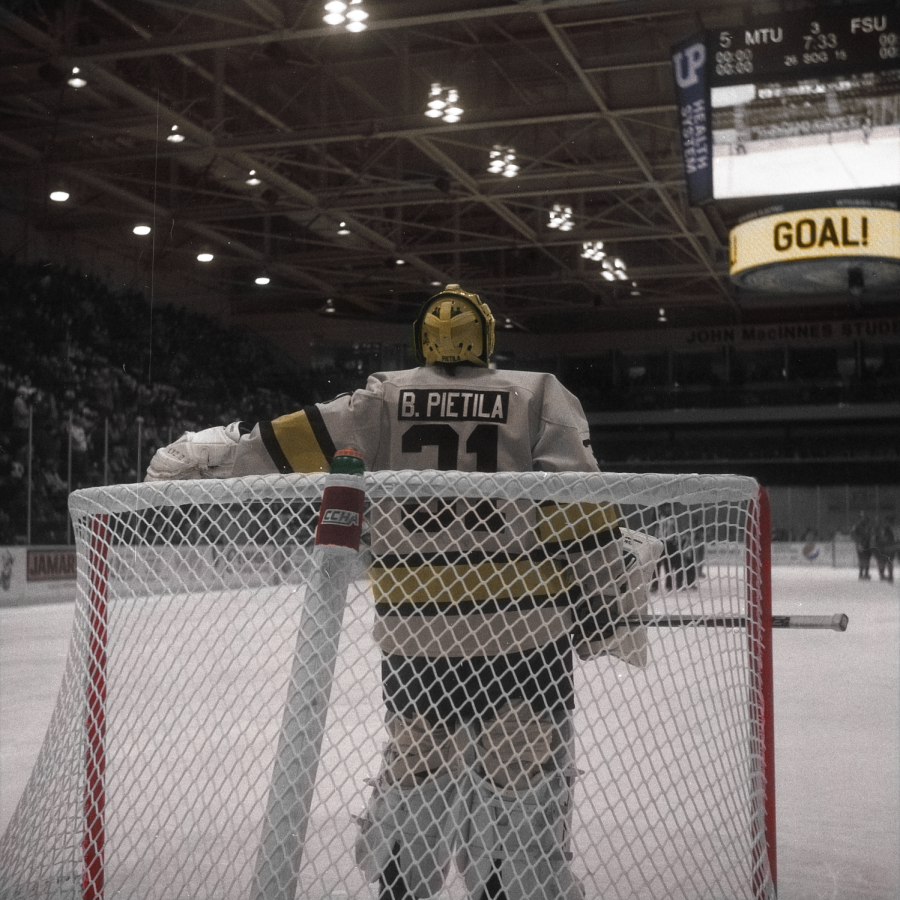 On Nov. 17, the Huskies volleyball team opened up GLIAC tournament play with a 3-0 victory over Northwood. Anna Jonynas led the team with 14 kills while Janie Grindland added 10 of her own. In the GLIAC semifinals, Michigan Tech outlasted Davenport with a 3-1 victory. The Huskies trailed after the first set but went on to win the next three, including a dramatic fourth set that went into a tiebreaker. Megan Utlak tallied 18 digs in the effort. Unfortunately, the Huskies came up just short in the GLIAC final, losing 2-3 to Ferris State. The Huskies head into the NCAA tournament with a 24-6 record and the No. 2 seed in the Midwest Region.

Michigan Tech cross country closed out their season with a 24th place finish at the NCAA Division II Championships in Saint Leo, Fla. Freshman Drew Kolodge led the team with a 32:10 and was the Huskies top scorer with a 66th place finish. Samuel Lange took 94th place with a 32:37, while Clayton Sayne (113), Nick McKenzie (141), and Henry Snider (172) rounded out the scoring. Even if it wasn’t the ending they were expecting, the Huskies have plenty to be proud of. Michigan Tech’s 2021 season was the second-best in program history.

On Nov. 20, Michigan Tech men’s basketball team shot over 50% from the field in their 83-74 beatdown of Minnesota Crookston. Owen White put up 24 points in just 25 minutes while Eric Carl shot a perfect 3 for 3 from the three-point line, scoring nine points. A week later Michigan Tech fell to Minnesota-Duluth 76-42. The Huskies bounced back the next day to beat St. Cloud State 90-76. Four Huskies put up double figures while the team shot an admirable 17-18 from the freethrow line. Michigan Tech is 3-2 for the season.

On Nov. 19, the Huskies women’s basketball team won their third straight with a 65-57 dispatching of Minnesota Crookston. Ellie Mackay reached 1,000 career points for Michigan Tech in the win to become the 27th player in school history. The next day, Michigan Tech lost to 18th ranked Minnesota-Duluth 67-50. However, the Huskies rebounded in the Northern State University Tournament where they won both of their games. Katelyn Meister had 17 points as the Huskies toppled MSU-Moorhead 65-53. Michigan Tech then improved to 5-1 with an 81-69 victory over Northern State. Daisy Ansel tacked on 11 points and eight rebounds in the victory.

Coming off a huge rivalry win, the Michigan Tech hockey team bullied the Bemidji State Beavers to get their second straight victory. Tristan Ashbrook had a pair of goals while Justin Misiak had a pair of assists in the 4-3 triumph. The following day was another 4-3 result, however this time it was in favor of the Beavers. On the 26th and 27th, Michigan Tech earned a series sweep with 6-4 and 6-1 victories over Ferris State. Things looked bleak in the first game as Ferris State jumped to a 3-1 lead, but five different Huskies scored to earn the comeback win. Saturday was a different story as Michigan Tech was on top from start to finish. Tristan Ashbrook earned CCHA Forward of the Week for his performance in the series. The Huskies improved to 8-5 for the year with a 5-3 record in CCHA play.