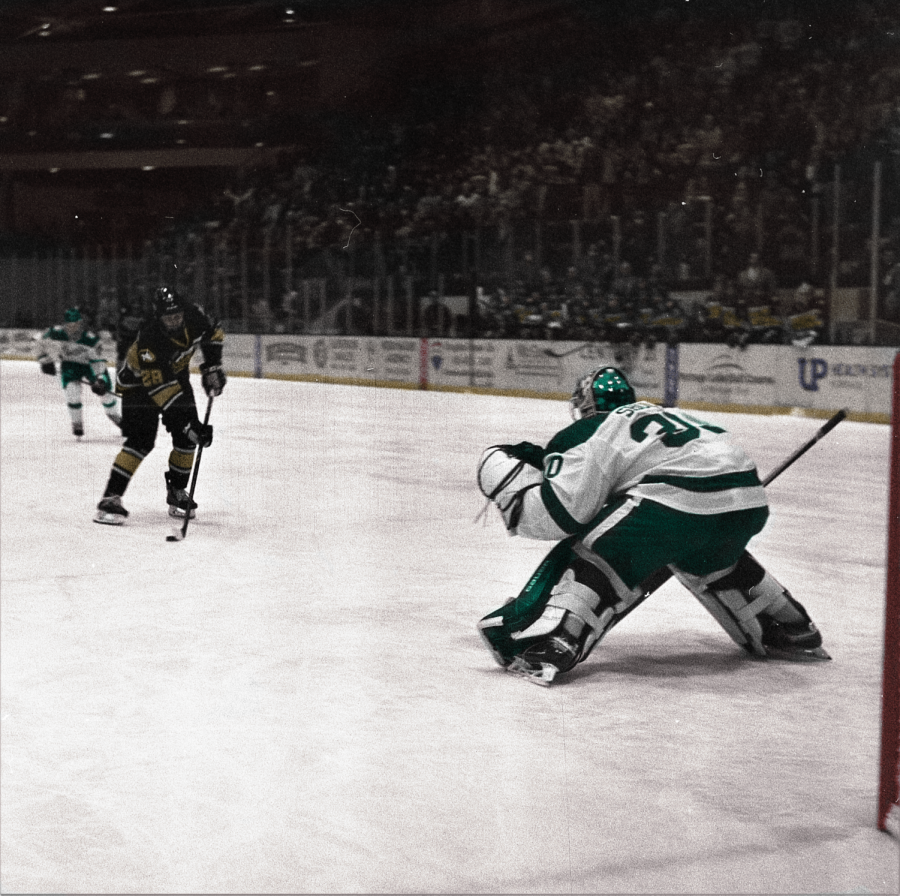 This weekend, Michigan Tech hockey defeated Bemidji State 5-2 in both contests to earn their second series sweep in a row. On Jan. 28, the Huskies got rolling early, with Logan Ganie and Eric Gotz scoring within seconds of each other in the first period. Brian Halonen added a goal of his own in the second period, while Colin Swoyer scored a crucial power-play snipe in the third period to put the game away for the Huskies. Saturday was more of the same for the Huskies as they jumped to a 2-1 lead after the first period, thanks to Alec Broetzman and Logan Ganie. The contest was tied heading into the third period, but the Huskies scored three times to put the Beavers away for good, winning 5-2. Michigan Tech won their fifth hockey game in a row on Feb. 1, dominating Northern Michigan in a 5-1 blowout. The Huskies outshot the Wildcats 49-23 and outscored them in every single period. Michigan Tech is 15-8-1 overall with a 12-5 conference record and the No. 15 rank in the USCHO.com poll.

Michigan Tech men’s basketball was utterly dominant in their Jan. 27 teardown of the Northwood Timberwolves. The Huskies scored the first seven points of the game and never looked back. Michigan Tech was ahead by a comfortable 27 points at the end of the first half and outscored the Timberwolves by 17 points in the second half to earn the 89-48 win. Owen White drained eight three-pointers en route to a 23 point performance. On Jan. 31 the Huskies squeaked by Northern Michigan in a 64-62 thriller. Michigan Tech held off a late Northern Michigan charge when the Huskies’ Trent Bell crucially deflected Carson Smith’s potentially game-tying shot at the buzzer.  Four Huskies scored at least 12 points, as Michigan Tech improved to 13-5 with a 9-3 conference record.

On Jan. 27, Michigan Tech women’s basketball lost to Northwood, 91-81. Northwood shot 15-25 for three-pointers and 32-57 in the game.  Alex Rondorf put up 27 points for Michigan Tech, while Sara Dax scored 23 points. The Huskies bounced back on Jan. 31 to topple Northern Michigan by a score of  68-49. Michigan Tech held the Wildcats to just 18 points in the first half and a 30% shooting percentage. Four Huskies scored in double figures in the win. Michigan Tech is now 12-6 overall with a 7-3 record in conference play.

The Michigan Tech Nordic ski team made the most of their only home invite of the season as the men and women combined for the co-ed invitational title. On Jan. 29, Anabel Needham and Henriette Semb took first and second respectively in the women’s 10K individual start skate. On Jan. 30, it was Semb’s turn to win as she placed first in the 5K individual start. Needham took second while Nea Katajala took third to ensure a podium sweep for the Huskies. Colin Freed and Skylar Patten both placed in the top 3 for the men’s 15K skate on Jan. 29. The next day, four Huskies earned top 10 finishes for the men’s 10K classic. The women’s team placed first for the weekend while the men’s team placed second.