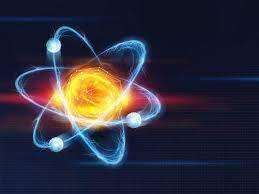 The Metric System
In April of 1795, the metric system was established in France. Gabriel Mouton was the first to devise and propose this system of measurement in 1670, and it was refined by French scientists for the next 100 years. A law was passed in 1975 that stated that the metric system would be France’s standard system of measuring lengths and weights. However, it took Great Britain until 1965, almost 200 years later, to adopt the metric system as their standard. Additionally, the United States Congress passed the Omnibus Trade and Competitiveness Act in 1988 that required federal government agencies to use the metric system for business.
Synthesis of Vitamin B6
In 1939, a successful synthesis of vitamin B6 was announced. The synthesis of B6 allowed scientists to research the chemical makeup of the compound and look into its benefits as a vitamin. This vitamin is essential to the body’s functions. It helps haemoglobin form in the bloodstream, which carries oxygen on red blood cells, and aids in using and storing proteins and carbohydrates. Studies have also shown that B6 may reduce symptoms of depression and could help prevent Alzheimer’s later in life.
The American Chemical Society
The American Chemical Society was founded in 1876 by Professor Charles F. Chandler. Around 70 chemists had traveled to New York to gather at Joseph Priestley’s grave, the man who had discovered the element of Oxygen, to mark 100 years of modern chemistry. This meeting prompted some chemists to join the American Association for the Advancement of Science, but some scientists felt the need to form a group specifically for chemists. After forming the group, Chandler decided that it would be more beneficial to choose a president who was already popular and well-known to attract more members. John W. Draper was chosen on the basis of his many accomplishments. Today, the American Chemical Society is one of the largest scientific organizations in the world and has over 155,000 members.
Discovery of the Electron
In April of 1897, Joseph John Thomson announced his research that had led him to his discovery of the electron. He used cathode rays to “see” incredibly small particles that he labeled “corpuscles” at first. He discovered that they were 1000 times smaller than Hydrogen atoms. Many scientists thought that Thomson’s discovery was a joke at first, believing that there was no possible way something smaller than an atom could exist. It took until Thomson spoke on the subject again in 1899 for many British scientists to believe his findings.