Video games are a bonding activity! 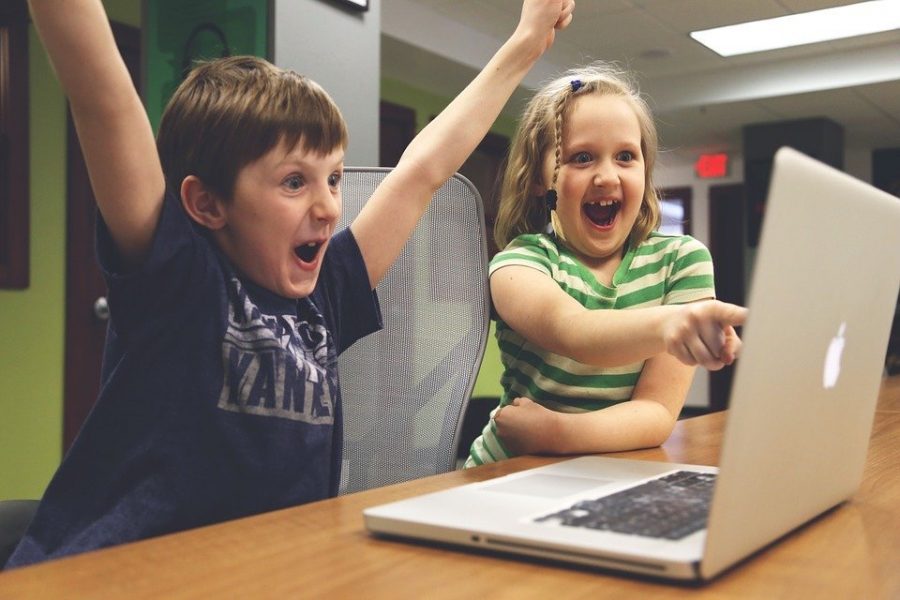 Image by StartupStockPhotos from Pixabay

This was never me. Also I would like to note that I am not, in fact, a serial killer.

I remember when I was four or five, my grandparents had a PlayStation. My youngest uncle, who was around 17 at the time, had somehow managed to sneak one of the original Grand Theft Auto games into the house. How he managed to do this under the close supervision of my very strict Baptist grandparents, I’ll never know. However it happened, he got his hands on the game and when they left him home alone to babysit yours truly, he’d play it while I sat and watched from his lap.

I remember the only time he ever let me try to play. He gave me the giant controller, much too big for my chubby little child hands, and taught me a few basic things. I don’t know if I just wasn’t paying attention or if I hadn’t yet developed the capacity to focus on anything for more than 30 seconds, but the end result of his careful tutelage was that all I could remember how to do was fight the “pretty ladies” that walked down the street. It was very upsetting. I don’t know who was more disturbed – me, when I couldn’t stop hurting the pretty ladies or him, thinking he’d created a future serial killer.

For years, that’s all I knew of video games. They just never really entered my sphere of reference. However, in high school some of my friends got Very Into video games. Apparently this is a fairly normal occurrence, but I was annoyed. Here were these nice kids, screaming at a television while they appeared to be trying to kill each other in a virtual world. I didn’t get it, and I hated the seemingly unnecessary aggression. The loud noises grated on my nerves until eventually I just stopped hanging out with those people.

Recently, I went over to a friend’s house, expecting a nice, quiet evening where we could all hang out, maybe watch a movie. Instead, I walked in to find all three roommates shouting in the living room. They’d rediscovered their passion for Call of Duty Zombies.

Inwardly, I was horrified. It was happening again! Perfectly kind and upstanding people, who I knew weren’t usually violent or aggressive, were just absolutely sucked into this very graphic game.

However, the longer I watched, the more I realized what an incredible bonding opportunity this awful game presented. All the guys were working together, yelling different strategies at each other, laughing as they ran around on the screen. It was the most animated I’d seen any of them in so long. This pandemic has been incredibly dull, but here they were, happily shouting at each other in the midst of it just because of a video game!

I know I’m late to the party, but I feel like I’m finally beginning to understand the more social aspects of video games. Who knows, maybe you’ll catch me giving GTA a second chance in the future.