Why this pandemic has felt so weird

Theories on our consciousness of time 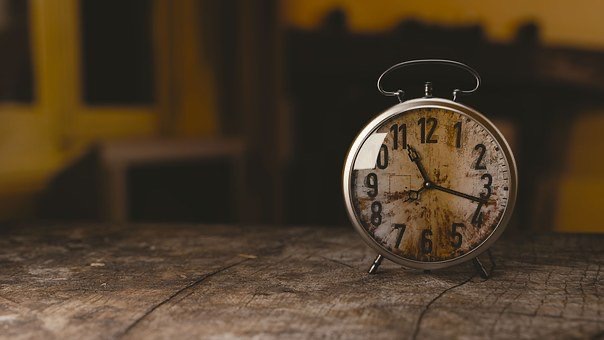 Time is such a funny thing. Each culture views the concept a little differently, placing more or less importance on certain aspects. Hoyt S. Alverson wrote in a piece on the struggles Peace Corps Volunteers faced when touring in Botswana about the way most citizens of the United States view time, saying that “Time… for most of us, is conceived as an autonomous, abstract dimension of lived experience. Time is unrelated to particular events; it is an aspect of all events.” Here in the U.S., we measure time fairly objectively, and for the most part events occur within or due to time, rather than time being marked by events.

The way we perceive time has been uniquely challenged over the past year due to COVID-19. Many people report a distortion in their temporal perception, struggling to remember what day or month they’re in. Our lives, while (in most cases) are more full than in the early days of quarantine, are still at a relative standstill, warping the way we understand the flow of time.

There are a couple different theories to explain this change. One, which I find quite plausible, is that of “la durée.” This theory, posited by French philosopher Henri Bergson, argued that there are two forms of time — objective time, that which is counted, and subjective or lived time (la durée) which is not measured numerically but rather, well, lived. This second way of measuring time is counted in the nebulous terms of experience and emotion, rather than in the easily quantifiable form of seconds, minutes, and hours. We usually don’t notice the difference between these two faces of time until there is an undeniable division between them.

Now that we are experiencing so much less external stimuli as we isolate in our homes and for many of us the only way to measure a change in time is by the set of pajamas we’re in, there is a stark contrast between objective and lived time. This divide throws us off, confusing our perception of the passing of hours, days, and weeks.

My personal theory is that we have spent much of the past year in what is known as a “liminal space.” This is a term coined to explain “the time in-between… it is a place of transition, waiting, and not knowing.” This term used to apply solely to areas such as hallways, airports and the like, where the destination one headed towards was less certain. Time in these areas is felt differently than anywhere else. While the minutes and hours and days themselves seem to drag on, the experience as a whole, when looked back on, seems quite brief. Due to the pandemic, this term can now apply to so much more of the world. Suddenly, a significant portion of the world has been thrust simultaneously into a shared liminal space— and no one knows when exactly it’ll end.This leads many to feel out of place and to experience time in an unexpected way. The entire planet is basically one big liminal space —- no one knows for sure what will happen next, what the future will look like once the pandemic is over.

There’s a level of comfort that comes with access to objective time. In fact, it might just form a bona fide necessity, as it seems in Alverson’s account of the Peace Corps in Botswana, in which volunteers crumbled when they could no longer associate with the idea of objective time they had grown accustomed to. Without this comforting measurement, we also struggle to adapt.