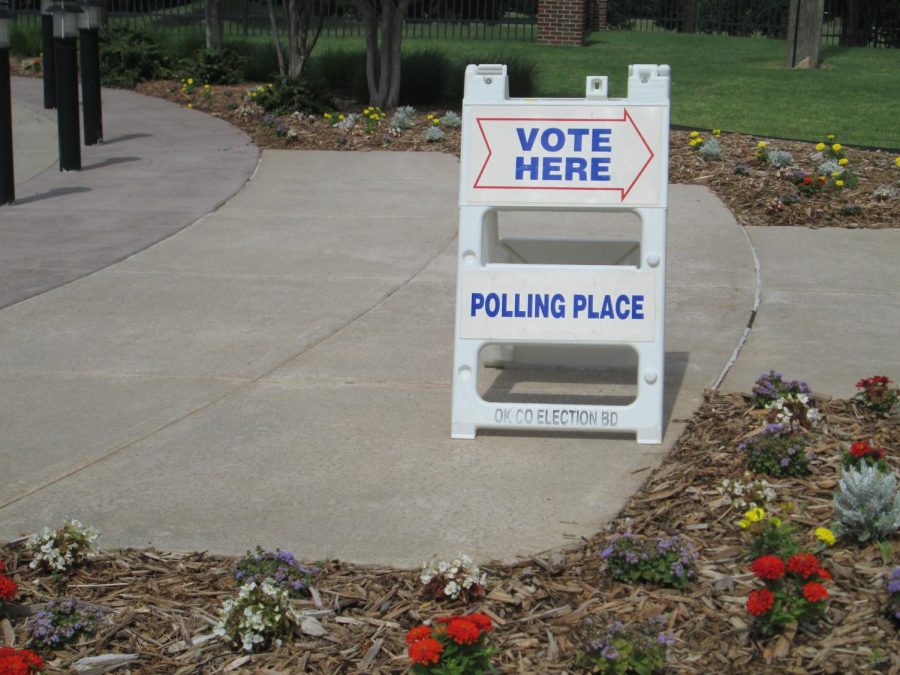 The easiest way to get involved in politics is just to simply vote!

While it’s only September, election season is well underway. Certainly you’ve seen the ads telling you who to vote for, who not to vote for, where to vote, how to vote, why you should vote — we’ve been bombarded with information! With concerns over the COVID-19 pandemic, focus has shifted as politicians and community leaders figure out how to safely hold an election.

We’ve made it through the primaries, and now it’s time for the big one — the General Election — on Nov. 3. While the presidential election has certainly garnished the most attention, it’s not the only race on the ballot. Along with the presidency, all 435 seats in the House of Representatives and 35 out of 100 Senate seats will be up for battle.

This election is an important one, that’s for sure — and Michigan Tech’s Undergraduate Student Government (USG) has been hard at work to ensure Huskies have adequate access to voting resources. With most students far away from their home polling stations, it’s important that students know how they can vote for their own local, state and federal elections, even from Houghton.

The biggest event USG is hosting will be Tuesday, Sep. 22, from 12 p.m. to 3 p.m., near the Husky statue on campus. This Voter Registration Drive, hosted on National Voter Registration Day, will help students register to vote if they have not already, assist them in voting absentee, and also serve as a resource to answer any voting-related questions. The Houghton City Clerk will be available at this event to assist any students, faculty, staff or community members that would like to vote in the upcoming election. All you’ll need to do is stop by the Husky statue with a valid driver’s license or state ID, the last 4 digits of your social security number, and a face covering or mask.

Beyond the registration drive, USG is also gearing up for the first Presidential Debate, which will take place Sep. 29. Their goal, according to USG Chairman of Political Affairs Zack Olson, is to release helpful material on how to watch a debate and also hold a virtual roundtable discussion on the debate the following day.

Michigan Tech has also been listed as one of Washington Monthly’s 2020 Best Colleges for Student Voting. This honor is reflective of the effort and attention both Michigan Tech and USG have put on encouraging students to vote. According to National Study of Learning, Voting, and Engagement (NSLVE) data on Michigan Tech, provided by USG and Olson, MTU’s voting rates increased by 10% in the 2018 Midterm Elections, and registration rates by 10%. Many consider Michigan Tech to be a community in its own right — they provide food and housing, and students rely on the university for many things. As to the importance of MTU providing services like the voter registration drive, Olson adds, “Colleges and universities want students to make campus their primary community, so, like any community, it should be as easy as possible for its citizens to vote there.”

As most college students fall in the “young voters” category, it’s important to get them involved in voting as soon as possible. For many, it may be their first time voting, or maybe their first presidential election. “A lot of young people have sworn off politics lately because they don’t feel like any of the choices, or the government in general, represent them,” Olson says. USG’s goal is to help students see how important their role truly is by participating in elections. “However, if enough young people are politically engaged to the extent that they become a powerful voting block, they can begin making demands and swaying elections as we see other demographic groups do in this country,” Olson says.

The deadline in Michigan to receive an absentee ballot, a paper ballot received by mail, is Oct. 30. As Election Day is Nov. 3, it’s best to request this as soon as possible if you are interested in voting by mail to avoid any delays. The process is fairly simple: for in-state students (your permanent address is listed within the state of Michigan) you can visit www.michigan.gov/vote and follow the steps to register and request an absentee ballot (if you do not want to vote in person). If you are an out-of-state student like myself (your permanent address is in another state), you can find your state’s voter resources by visiting www.vote.org, or by simply searching your state and “absentee voting” on any search engine.