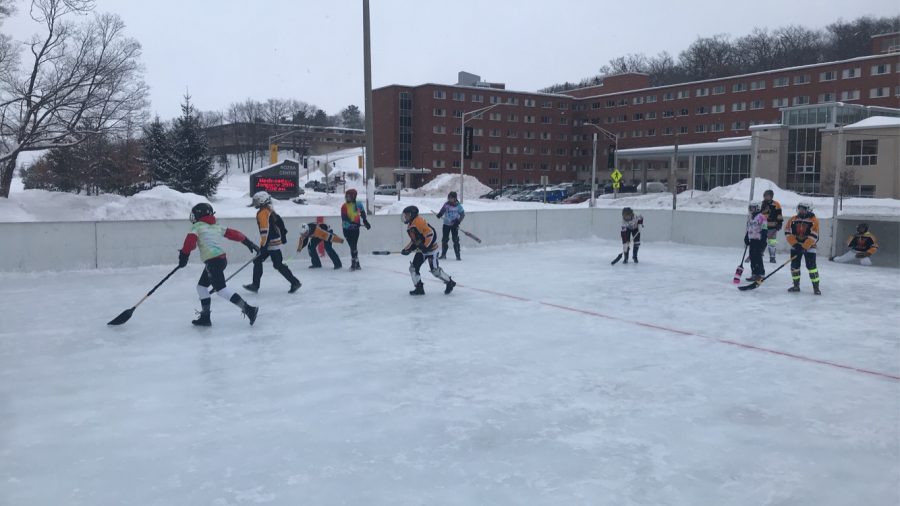 Though broomball will face some changes this year due to the ongoing COVID-19 pandemic, the university and the Inter-Residence Housing Council (IRHC) Broomball committee have worked hard to ensure that one of the most popular traditions among Michigan Tech students remains intact this year.

Broomball originally started back in the 1950s as a Winter Carnival event, though the setup was a little different. Instead of the three courts we typically see on Walker Lawn, games were played at the famous Dee Stadium, once home to all Michigan Tech hockey games. The game quickly caught on and moved beyond just a Winter Carnival event. In the 1980s, residence halls began to form leagues like we see today. While more rules have been added, Michigan Tech maintains some original traditions, such as the type of footwear worn by players and duct tape covered brooms.

IRHC took over broomball in the 1990s, and it became more reminiscent of the fun we know today. The first broomball rink was built where the Rozsa Center is today, and after the addition of more rinks and the construction of the Rozsa Center, broomball games were moved to Walker Lawn.

Now, broomball is a vital part of Michigan Tech’s campus culture. With three rinks, a cocoa shack (though it won’t be appearing this season), leagues that include each residence hall, off-campus students and a women-only group, broomball is beloved by students, faculty, alumni and community members.