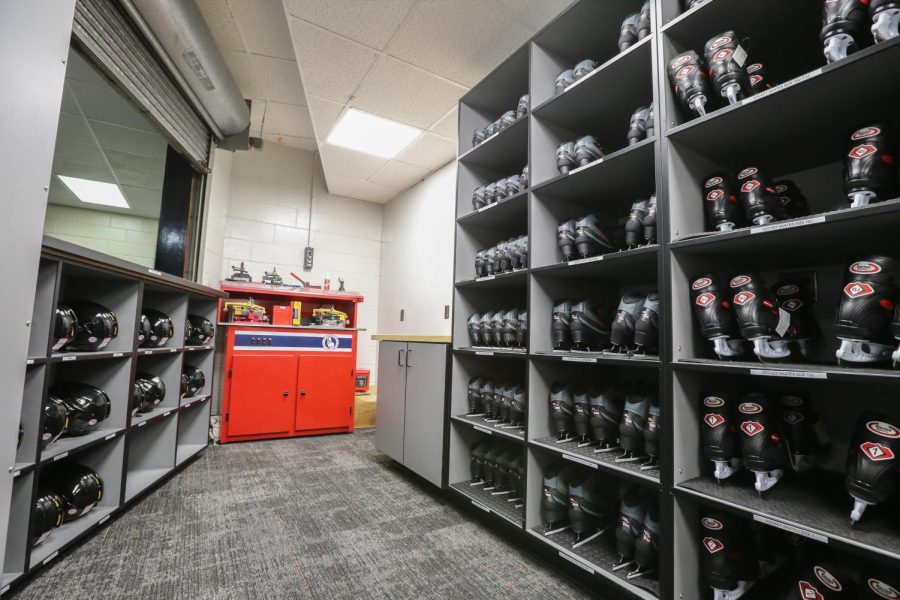 While Michigan Tech has offered an open skate program for years, it remained inaccessible to many who had no access to skates. Now, thanks to the contributions of an accumulation of organizations and individuals, a memorial fund honoring Charlotte Jenkins, a Tech student and RA who passed last year, has been established, allowing more students and community members to enjoy the ice.

Anna Browne, who recently graduated in Spring 2021, was a friend of Charlotte’s and one of the people who got this established. “Charlotte had an incredible impact on so many people that she interacted with whether those were fellow RAs, her residents, people that she had classes with, just really anyone.” According to Browne, she was known to lend out extra skates to her friends and others eager to get out on the ice, “Charlotte was kind of like an unofficial skate rental program in herself.”

Browne recalled the initial phase of establishing a fund for Charlotte, “we got Charlotte’s family to buy into it, and then started working heavily with two major academic departments and then a bunch of other people.” Residence Education and Housing Services and Athletics departments contributed greatly to the memorial fund. Funding was provided by the Charlotte Jenkins Memorial Fund, the Cheryl DePuydt Memorial Fund, the Undergraduate Student Government, the Inter-Residence Housing Council, the Wadsworth Hall Student Association, the Hillside Place Association, McNair Hall Association, the Michigan Tech Parents Fund, and the Michigan Tech Opportunity Fund.

“So funding was one of the big hurdles that we overcame very very well I would say. The other was trying to find a good space for the skate rental center… we got very, very lucky,” Browne said. “There is a concession stand on the ice rink level of the Macinnes Ice Arena that was [not] being used …  and we were actually able to completely retrofit that space to be our skate rental program.“

The dedication ceremony for the program occurred about a month ago, on Oct. 16. “We were not expecting a very large crowd… and then we were blown away by it. I think it was like 180 people who rented skates, and there were probably close to 200 to 250 total,” Browne said.

“Something else we are planning on doing is streamlining the process to rent skates for Tech students so that they don’t really need to do much other than just have their ID… We were in the process of hiring several student workers in order to work the center during open skates between the dedication and now.”

The hope is that the rental program will be widely accessible to all students and community members. “The really cool thing about doing this at the SDC is that it’s so close to so many first-year students… It’s very accessible and it’s also a very low cost… and hopefully, at some point in time if there is usage we are hoping to have this included on the experience tech fee so that it’ll be free of charge to all students pretty soon. It’s a great opportunity for people to get involved in a winter sport.” The dedication ceremony saw younger kids and Tech students enjoying the rink together. “There were quite a few younger kids that were at the dedication ceremony. And I think that they all had a phenomenal time with all of the college students that were there.” Browne’s hope is that this trend will bring down some of the walls between Michigan Tech and the surrounding community.

Along with skate rentals, the program will offer skate sharpening during all open skates during the fall and spring semesters. Skate rentals and sharpenings cost $5. Helmets are available at no charge. For the remainder of the semester, MTU student open skating is available Wednesdays and Thursdays, from 8 a.m. to 10:30 a.m., except during Thanksgiving break. Public skating is open  Dec. 5 and 12 from 6-9:30 p.m. and Dec. 19 and 26 from 4:30-7:30 p.m.