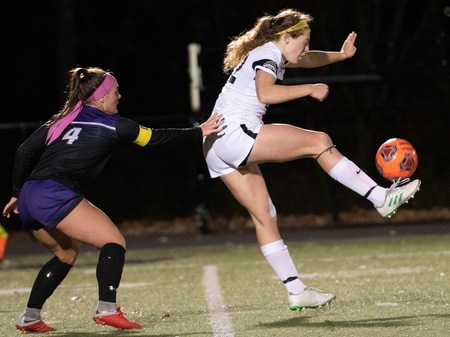 HOUGHTON, Mich. – Michigan Tech soccer finishes its five-game road trip this week when they take on Ashland and Saginaw Valley State in Great Lakes Intercollegiate Athletic Conference play. The Huskies (1-1-1) tied No. 1 Grand Valley State on March 21 but hit a stumbling block in the form of Northern Michigan Sunday with a 3-1 loss at Superior Dome. Every win is critical for Tech soccer in pursuit of qualifying for the GLIAC Tournament in a nine game regular season.

TRENDING FOR THE HUSKIES: Jesse Jacobusse is off to a strong offensive start with two goals in three games for MTU. Jacobusse scored the game winning goal against Davenport and followed with a goal at Grand Valley State. The senior from Chelsea, Michigan started all 16 games in 2019 and tied for second on the team in scoring with four goals.

In 2019, junior Grace Shaw led tied for the team lead in assists and was second in goals, despite playing just seven games. This year, Shaw has one goal and two assists and is tied for Jacobusse with a team leading four points.

Junior forward Haley Ruiter scored her first goal as a member of the Huskies Sunday at Northern Michigan. Ruiter transferred to Tech after scoring 25 goals at Muskegon Community College, the 11th highest total in the nation for NJCCA.

Erika Gabriel has two starts for the Huskies in goal, including Sunday’s loss at NMU. Gabriel has recorded seven saves on the year.

SCOUTING THE EAGLES: Ashland (1-1-0) opened its 2020-21 campaign with a 4-1 win at Northwood last Friday, followed by a 2-1 loss to Ferris State Sunday. The Eagles have also cancelled a pair of early season contests. In 2019, the Eagles finished 14-5-1 (7-2-0 GLIAC) and made a run to the NCAA Region Tournament before falling 1-0 to McKendree. Ashland took second place in this year’s preseason coaches’ poll.

SCOUTING THE CARDINALS: With just one completed game so far, Saginaw Valley State (0-1-0) will play Northern Michigan Thursday, followed by the Huskies Saturday. The Cardinals were blanked 1-0 at Ferris State on Feb. 26 and were outshot by the Bulldogs 25-4.

Saginaw Valley State was projected at No. 4 in the preseason after finishing 12-7 (7-2 GLIAC) in 2019. For this season, Head Coach Michael O’Neill will need to rely on a young group to come together quickly during the shortened season if the team hopes to stay near the top of the conference.