A debate about the new COVID-19 vaccines 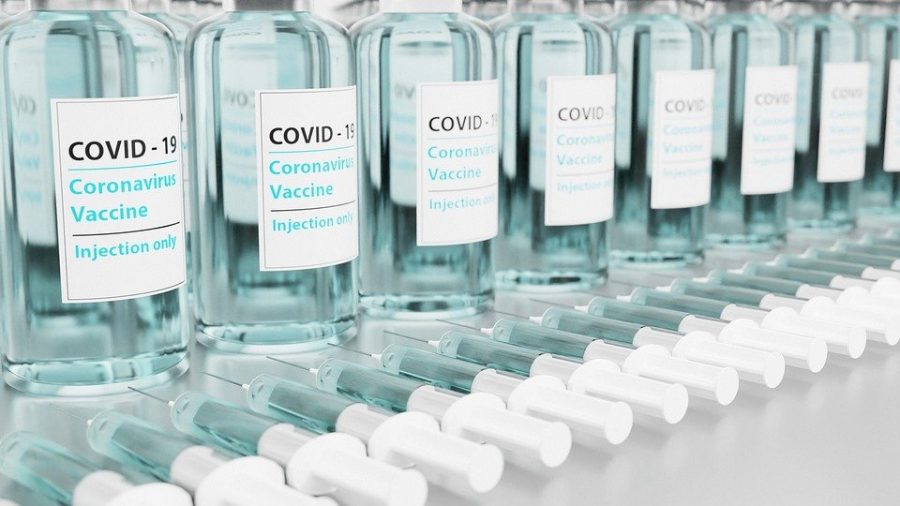 Image by torstensimon from Pixabay

This debate covers concerns readers may have about the new vaccines

Here in Houghton, we have now lived with the threat of COVID-19 for almost a full year. It has been an uncomfortable, stressful, and in many cases, very unhappy time. While many people have managed to make the best of this unexpectedly solitary year by learning new skills or refining ones they already had, many have had a much harder time of it. As we approach our one-year anniversary with this modern plague, we have hope: there are two vaccines available, and slowly but surely the public is being inoculated against the potentially deadly virus.

However, it would seem that there are still some hang-ups about whether or not to get this vaccine. Even though it is the first time many of us have been able to see the end to this dreadful half-life that has plagued (hah) the world for over a year, many others are hesitant.

I was speaking to a friend recently who is not planning on getting the vaccine when it becomes available to them. They are concerned about being a “guinea pig,” but unwilling to do any further research to see whether or not their fears have factual bases. This debate is for them, and for anyone else with questions about the vaccine who either doesn’t know where to go for answers or has not yet had the time to look.

CON: I don’t want to be a guinea pig for the government. There’s no way to know the long-term effects of this vaccine, so it might not be safe. The process to get the vaccine produced  and sent out seemed so short and so politically-motivated. How do we know that corners weren’t cut in attempting to be the first major company to offer a vaccine?

PRO: Yeah, the rollout did seem rather rapid in relation to other vaccines we know about (polio, the various poses, etc.) However, this is due to a multitude of reasons:

First, researchers have been working for years to create a sort of “platform” vaccine for various viral infections. As described by the University of Michigan, “Think of it like a drill that can accept different sizes of drill bits, or a food processor that can use different kinds of blades. This “platform” uses messenger RNA (mRNA) as the delivery agent to teach the body how to recognize and fight a new virus.” The new COVID vaccine uses this sort of technology, meaning initial development stages were hastened

Second, these clinical trials were able to show results much more rapidly than other trials due to the fact that those involved were very likely to be exposed to the virus quickly. Whereas vaccines for other illnesses may not have the same likelihood of exposure, with the COVID vaccine we were able to tell almost right away whether or not the vaccine had worked.

Finally, the technology used to understand different viruses and begin working on vaccines has come a long way, allowing us to more rapidly respond than we were historically able to.

As far as being a “guinea pig,” these vaccines were tested and approved by the FDA only after being thoroughly reviewed by a panel of experts. While it is true that we can’t say for certain that there will be absolutely no long term effects of the vaccine on humans, the FDA can say with certainty that this vaccine is safe and will prevent the spread of COVID-19. I would rather risk the very small chance that there is some bizarre effect we haven’t learned yet than face the certainty of living through another year of quarantine and isolation. Plus, we are now learning about the very serious and long-term complications that can arise from contracting COVID-19. I would rather take a chance on the probability that everything  will be fine in the hopes that I won’t catch the plague than the very real likelihood that I could not only catch a deadly virus but also pass it on to a more vulnerable host who could die due to it.

CON: I don’t know that I trust a “panel of experts” approved by a government body. Doesn’t it seem rather short-term oriented to want to take something that you don’t yet understand rather than living through one more year of hardship? Plus, beyond the long-term uncertainty, won’t getting the vaccine make me test positive for COVID in the future, since I’ll have the antibodies? Also won’t I get sick if I get the vaccine, since they use the virus to make it? Also, it seems as though the virus is mutating all the time. If I get this vaccine now, I might still get a different variation of COVID later, so what’s the point?

PRO: If you’re not going to trust experts, who are you willing to trust? These people have studied viruses and vaccines for their entire careers. They know what they’re doing, and they are some of the most likely people on the planet to be making the best choices about this issue at this time. I see what you mean, about being more concerned with the here and now, but research has shown that there are very serious negative effects on our brains and bodies when we are trapped in isolation.

This vaccine will not make you test positive for COVID. You may later test positive for antibodies, but according to the CDC, “Neither the recently authorized and recommended vaccines nor the other COVID-19 vaccines currently in clinical trials in the United States can cause you to test positive on viral tests, which are used to see if you have a current infection.” You may, as with any vaccine, experience, “a short fever, headache, fatigue, sore arms or chills” but there is no evidence that the vaccine could cause more serious illness.

CON: I’ve heard that the vaccine will make me sterile, and I want to have a family one day. I’ve also heard that this vaccine may affect my DNA, permanently altering it in ways we can’t fully understand yet.

PRO: The latter is probably due to a lack of understanding as to how this vaccine works. The CDC explains it most simply, “Messenger RNA vaccines—also called mRNA vaccines—are the first COVID-19 vaccines authorized for use in the United States. mRNA vaccines teach our cells how to make a protein that triggers an immune response. The mRNA from a COVID-19 vaccine never enters the nucleus of the cell, which is where our DNA is kept. This means the mRNA cannot affect or interact with our DNA in any way. Instead, COVID-19 mRNA vaccines work with the body’s natural defenses to safely develop immunity to disease…. ​At the end of the process, our bodies have learned how to protect against future infection. That immune response and making antibodies is what protects us from getting infected if the real virus enters our bodies.”

As for the former, the CDC again explains it well: “Messenger RNA vaccines—also called mRNA vaccines—are the first COVID-19 vaccines authorized for use in the United States. mRNA vaccines teach our cells how to make a protein that triggers an immune response. The mRNA from a COVID-19 vaccine never enters the nucleus of the cell, which is where our DNA is kept. This means the mRNA cannot affect or interact with our DNA in any way. Instead, COVID-19 mRNA vaccines work with the body’s natural defenses to safely develop immunity to disease. Learn more about how COVID-19 mRNA vaccines work. ​At the end of the process, our bodies have learned how to protect against future infection. That immune response and making antibodies is what protects us from getting infected if the real virus enters our bodies.”