Donald Trump steps down for Kanye 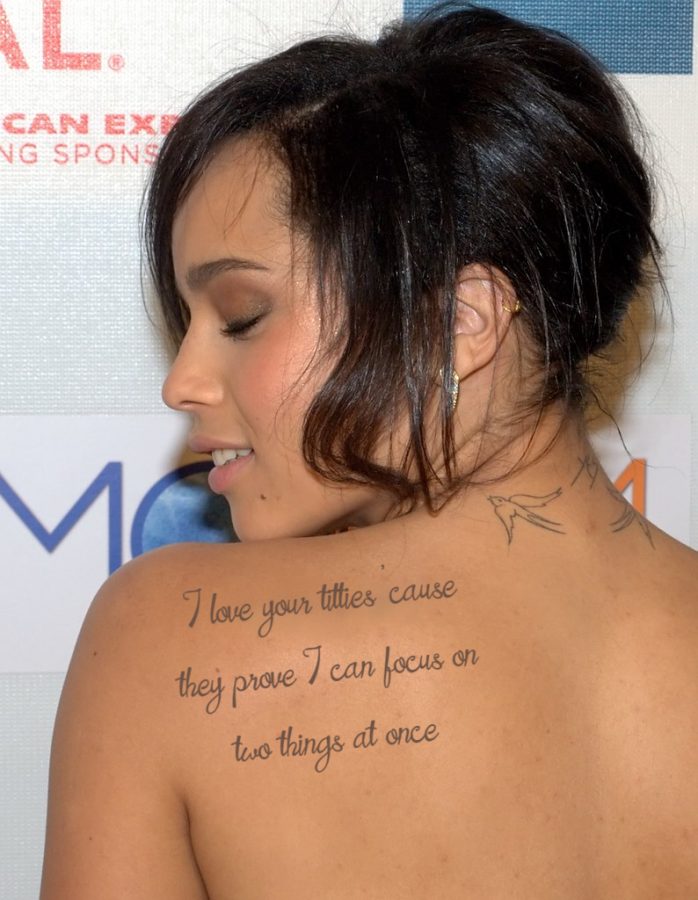 This shows one person who was so mesmerized they tattooed some lyrics onto their skin. It reads, “I love your titties ’cause they prove I can focus on two things at once” from All Mine

VibeDoc, Possibly had COVID before COVID was cool

There were many worries that Donald Trump wouldn’t step down for whoever won the candidacy, despite being legally required to do so. Trump even said would not accept the results if he was not the winner. Many feared he would lock himself in the White House and attempt to stage a coup. However, in an unexpected turn of events, Donald Trump admitted defeat and declared Kanye West the winner, tweeting 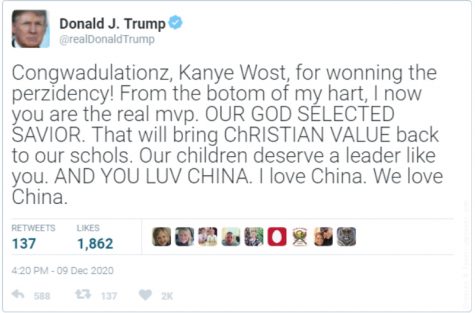 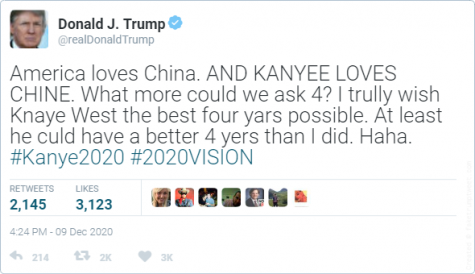 Then, perhaps to appease his wife, he tweeted:

Joe Biden, the presidential candidate, did not welcome Kanye West as warmly, however. In a rather disturbing press statement, he expressed his concerns.

I am upset, concerned, and fear the worst for our nation. He may have won, but I do not believe it spelled Unity for our nation. That is what our nation needs right now; not another entertainment figure that wants to create chaos and deeply disturb the traditions of this Wonderful nation that shines so bright. I fear that this win will cause even more division in our nation, as much division as fathers and mothers create between me and daughters as I try to whisper sweet nothings into their ears in an attempt to dull the pain I feel about forever being President Obama’s Shadow, as I try to erase the sorrow I experience in old age as I know, having lost my wife and son, I will die without ever seeing their smiles again, as well as the suffering I go through knowing that my beautiful nation, our beautiful nation, will suffer as much as I do. The next four years will go down in history for all the wrong reasons.

Despite Biden’s concerns, we have seen a scary amount of support emerge for Kanye West— almost as if he has enchanted Americans. We have seen millions of people swarming the Ye House (the new name for the White House), eagerly awaiting inauguration day while sporting Yeezys and other clothes that were created by Kanye West. We have also seen Kanye West’s music and albums hit the top of the charts like we haven’t seen before; everywhere you turn, people are blasting his music. People hum his tunes as they go about their day. They cover every inch of their living spaces in Kanye West Paraphernalia. They even tattoo his song lyrics to their bodies. It’s almost as if they are only thinking about Kanye West. Well, even if they completely hypnotized one thing is for certain: Democrats, Republicans, independents, anarchists, etc, have all united in support and anticipation of a Kanye West administration.

The Lewd is a biannual satirical project put together by The Lode staff, typically published the week before finals. It’s meant to help editors, writers, and photographers have fun and relieve stress. Opinions presented in these articles do not reflect The Lode values.