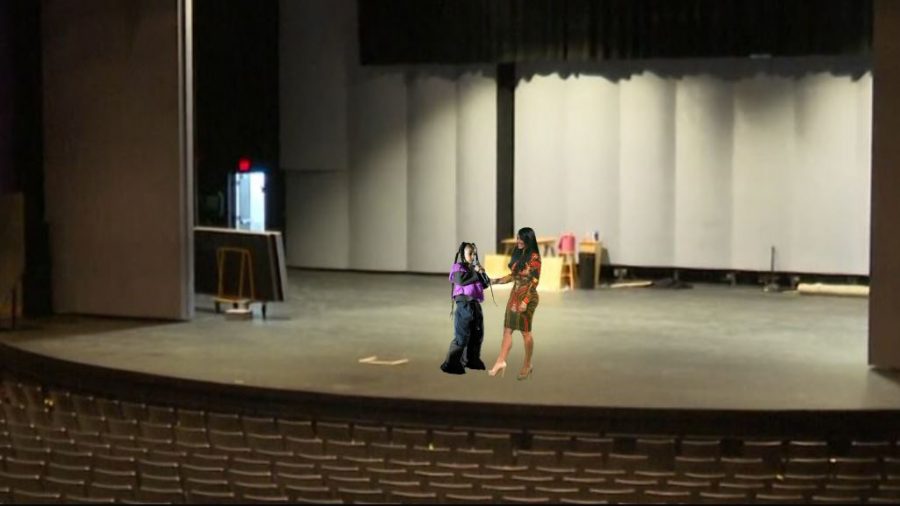 North West asked the audience, “What are those? These are clothes!” as if it wasn’t obvious.

“People stare at me like they’ve never seen a walking goddess.”

Selfish, named after the socialite’s book of selfies of the same name (yes, she really published a book of her selfies) follows Kardashian-West’s life, including her rise to fame and eventually, her first-ladyhood.

The eldest of the presidential children, North West, made a guest appearance in her mother’s show with a delightful rendition of her now-famous song, “What are those – these are clothes,” which she screamed eloquently at the audience as Kardashian-West shed a tear.

Kardashian-West’s show covered everything from her life in the spotlight, including but not limited to: her family’s quick rise to fame, her marriage with current president Kanye West,  the naming of her eldest daughter after a direction found on a compass and her goal to become a lawyer in the state of California. A one-woman show wouldn’t be a one-woman show without musical numbers, and Selfish wasn’t one to disappoint. Songs included “Help, my sister and I have rival makeup companies,” “Why is my husband bringing me to lunch with Donald Trump?” and “I want to be a lawyer now,” which featured a personalized message from Reese Witherspoon as Elle Woods (Bend and Snap!).

The performance ended with Kardashian-West taking the stage for a final time, offering to pay for personal makeovers for almost every member of the audience. In her closing remarks she noted, “I’ve never seen so many greasy boys in one place before. What is in the water at Michigan Tech?”

The Lewd is a biannual satirical project put together by The Lode staff, typically published the week before finals. It’s meant to help editors, writers, and photographers have fun and relieve stress. Opinions presented in these articles do not reflect The Lode values.