Podcasts – the future of entertainment 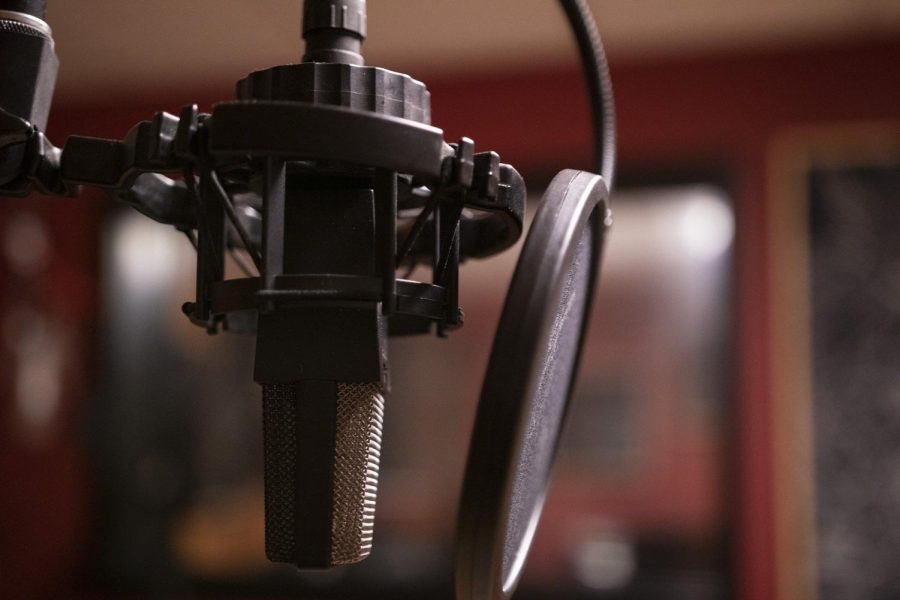 Do you listen to any podcasts? You should.

I remember waking up every morning to the soft and soothing sounds of NPR drifting out of my parent’s room. It was one of the few constants in my childhood – no matter where we lived or what was going on in our lives, I could count on those quiet and comforting voices laying out a collection of the day’s headlines in gentle tones.

When I got a bit older, I was given my very own radio alarm. Every time my family moved, I would spend part of the first day in our new home figuring out what station NPR was on so that I could be ready to wake up the next morning. It made moving so often a little easier, giving me more of a reliable routine. I woke up to this every morning until about 2016.

Around that time, the news started getting more upsetting. Each morning would leave me with a sense of dread, of impending doom. It was unrelenting, each sunrise heralded by some new upset, some new way in which my fellow Americans and the country I had once been proud to be a part of would disappoint and let me down once again. It was depressing.

Eventually, I had to change my long-standing routine. My mental health was suffering for it, and there was nothing I could do to change the headlines other than stay active and vote. I began setting my alarm to the radio, waking up to some brainless pop song that always seemed too cheerful, jarring, just simply too loud for those early hours. I’ve never been a morning person, and the excessive energy of these songs prompted an irrationally angry response in me. Not only was the music annoying, but the radio hosts where I lived at the time were the most idiotic, self-important chads I’d ever heard. They just loved the sound of their own voices and would take up as much air time as the network would allow, talking about nothing. These stations also definitely catered to an older, more conservative, racist, and problematic generation – “today’s top hits” rarely included any music from non-white artists and tended to skew more towards country ballads and religious-based tunes.

Plus, these stations just weren’t doing the job – rather than waking up by listening to and thinking about important current events, I was just brainlessly fumbling along to another vapid, catchy, and often grammatically incorrect song. I missed starting my mornings off mindfully, with purpose and thought.

Podcasting began sometime in the 80’s but didn’t really become what we know it as today until later, in the mid-2000’s. I was a late bloomer, discovering the podcasting world well after it had really come into its own, around 2018. Nowadays, there’s a podcast for anything and everything, from obscure and niche interests to general how-to’s. You can listen to podcasts to learn things, to stay up to date on current events and trends, or just to fill the void and silence in your life. They have come so far from the early days of simple “audioblogging” and are now one of the most popular forms of entertainment. It’s my belief that they will one day take the number one spot due not only to their diversity but also to their ability to allow listeners to multitask. As our ability to pay attention to one singular thing for any length of time dwindles, TV shows and movies become shorter, vying to hold our interest. However, podcasts don’t have to change their format because listeners are able to put one on while doing a variety of different tasks. They don’t demand your full attention but they’re interesting and often engrossing enough that you can give them it if you so wish.

As our society inevitably becomes more and more incapable of staying focused on one thing for longer than a few minutes, podcasts will continue to gain popularity. There is a podcast out there for everyone, myself included. I can now start my mornings off again with interesting and riveting discussion on topics that don’t cause me an excess of emotional distress.

If you’re interested in dipping your toes into the world of podcasts, here are a few that are highly rated and easy to get into.

Stuff You Should Know – Exactly what the title suggests. These guys have recently put out many episodes on the American political system – how the electoral college works, what swing states are, etc. However, they are not limited to politics. Two soothing voices teaching you new things in (usually) under an hour. For the busy listener, try the “Short Stuff” episodes – brief overviews of topics you might be interested in and smaller snippets of information.

My Favorite Murder – True crime fanatics will (probably) love these two ladies who discuss everything from the importance of self-care to, as the name suggests, their favorite murders. Somehow a very lighthearted and often comforting podcast that occasionally gets a bit long – many episodes are over an hour. Just skip through their talking if you’re only in it for the murder.

This Is Why We Drink – Paranormal and true crime podcast, again can get a little long.

The Dollop – Two comedians pick a historical subject every week and discuss it. What’s not to like?

Be Wealthy and Smart – Honestly probably the most useful podcast on this list. Linda P. Jones teaches you how to stop being a broke, sad, and again… so… so broke college student.

We Watch Wrestling – Three standup comics watch wrestling. You don’t even need to be a fan of the sport (is it a sport? Is it just acting? Obviously, I do not watch wrestling) to get a kick out of this podcast, though it helps.