A Climate Conversation with Peter Sinclair 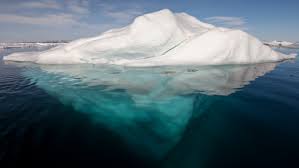 Climate change can be a politically charged subject that is both difficult to understand and to communicate effectively. MTU was fortunate to have a world renowned Science Communicator, Peter Sinclair speak about the subject at the Rozsa Center for the Performing Arts.

The National Center for Science Education called Sinclair ‘The most important videographer on the planet’ and selected him for one of the 2017 Friend of the Planet awards. He began this path as a cartoonist and had such a passion for the environment that he began to create cartoon strips with an environmental theme. He admitted that, “It wakes me up in the middle of the night. I’d get sick if I couldn’t do this work.” Referring to his children and those of others, he remarked that, “we are making decisions that will impact them in enormous ways- some of which we don’t even know yet, but we know it’s going to be severe.”

According to Sinclair, what countries and companies are doing is not enough. He said, “The price of solar and wind is so competitive…but it is not fast enough to deal with the magnitude of the problem that is upon us.”

To get the truth out about climate change he launched a video series called “Climate Denial Crock of the Week,” and due to its popularity he was invited to an American Geophysical Union meeting where he learned that many scientists were already following his videos. “I was sitting next to James Hansen, and Richard Alley. Michael Mann, and Kevin Trenberth. All these people whose work that I had been reading, (I) had the opportunity to meet them and start talking 1 on 1,” he revealed.

Through collaboration with the world’s top climate scientists, Sinclair was invited to contribute to Yale Climate Connections Blog where he publishes a monthly series called, “This is Not Cool.” In 2012 he was invited to go with Mauri Pelto to the Cascades in Washington state where he made a series of videos on Pelta’s glacier research. “There were a couple of days I just didn’t think I was going to make it,” he admitted humbly, adding that, “People don’t appreciate the physical demands of the field scientists, particularly the glaciologists and maybe other fields like geology.”

Later Jason Box, a renowned glaciologist now with Geological Survey of Denmark and Greenland, invited Sinclair to the Greenland Ice Sheet to work with the Dark Snow Project. Sinclair explained, “When you go up into the Arctic, especially in the summertime there is so much black stuff on the snow,” and went on to say, “Box wanted to know if this was a factor in the acceleration of the ice melt that we are seeing.”

Since then Sinclair has been to the Arctic four times and has conducted many interviews with top climate scientists. He said, “The typical scientist I talk to is a PhD scientist with 20 years experience publishing and working in hard data gathering.” He told me that teachers show his videos up to the graduate level, that journalists watch the series to keep up on current events, and that Capitol Hill staffers watch them to be more prepared for legislative debates. In the near future, he will be working with the Arctic Monitoring and Research Program in Norway.

When asked to comment on Carbon tax, Sinclair had a lot to say, “Well, we are paying the carbon tax. We just don’t know it. The Harvard School of Public Health did a peer reviewed survey that looked at the health effects of coal burning in the US, and when you break down the number of asthma attacks, heart attacks, strokes, cardiovascular disease, lung disease, the emergency room visits, lost time at work…all these impacts on the healthcare system cost a third to a half a trillion dollars every year.”

Sinclair remarked on the the environmental costs of coal burning, saying, “We are also going to be paying for the cleanup of 1400 humongous coal ash piles that are associated with coal burning sites. 90 percent of these are leaking lead mercury cadmium arsenic into surface and groundwater in the United States. We will either spend a lot of money cleaning those up or live with the pollution impact on our groundwater and on our health and on our children. So that’s another tax.”

Sinclair also commented on the Green New Deal. He said, “we are undergoing a transition that is maybe one of the largest industrial transitions in history. It is happening. We are switching away from fossil fuels and we are moving to these other technologies. There are 50,000 coal miners. They are going to lose their jobs.” He would not mince words, adding, ”So we need to be thinking proactively about how we are going to deal with that, and if we don’t we are heading for a trainwreck.”

When pressed about what an MTU student could do, to get involved, even if they felt helpless under the weight of it all, Sinclair’s solution was simple. He said, “Talk about it. Every survey that we have shows that a majority of Americans are concerned about climate change in every degree from alarmed to cautious.”

Sinclair will be back home in Michigan this summer, where he will enjoy the luxuries he cannot have on an arctic ice sheet. For those of us who enjoy our own environment, it is important to preserve that way of life, and that can begin with as little as starting a conversation about climate change.