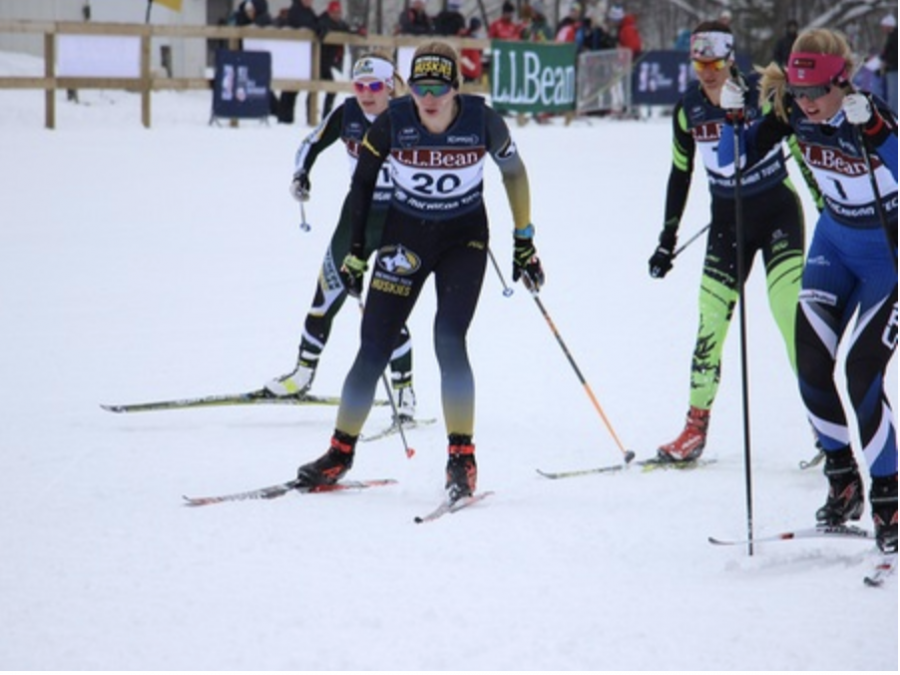 In the final race of the regular season, the Michigan Tech Nordic Ski team competed in the CCSA Northwoods Nordic Invitational at the Cedric A. Vic Outdoor Center in Rhinelander, Wisconsin.

In Saturday’s 15K classic, Amanda Kautzer and Sarah Goble earned podium finishes for the Huskies as Kautzer placed second with a time of 55:01.9 and Goble placed third with a time of 55:08.8. Henriette Semb, Oda Hovland, and Emma Albrecht all represented Tech in the top 10 by placing 5-6-7, with Semb clocking in at 57:25.8, Hovland recording a time of 57:32.0, and Albrecht completing the course in a time of 57:37.7.

In the Sunday skate action, Henriette Semb finished on the podium with a second-place finish in a time of 15:51.9. Semb was joined by Oda Hovland, Emma Albrecht, and Amanda Kautzer in the top 10 of the 5K skate. Hovland placed fifth with a time of 16:04.7, Albrecht completed the course in 16:35.1 to place eighth, and Kautzer clocked in at 16:40.5 for a ninth-place finish.

Patrick Acton notched a fourth-place finish in the 10K skate by crossing the finish line at 29:45.7. Mark Ousdigian joined Acton inside the top 10 for Michigan Tech as the junior finished ninth in a time of 30:26.5.

“The women had another solid weekend, everybody on the team had a good result on the weekend. On the men’s side, it was an absolute battle for everybody in the field and we saw our guys stay strong and tough it out,” said head coach Tom Smith. “We’re excited about where we’re at and for the chance to focus on good training for the next couple of weeks and for the opportunity to recover for the championship races this point forward.”

The Huskies enter the championship portion of their schedule as they host the 2020 CCSA Championships on February 15-16. Tech will host the 5K/10K skate on Feb. 15 and the 15K/20K classic on Feb 16. from the Michigan Tech Recreational Trails.